Northern Territory Police have begun an air and land search for two people reported as missing in the Arlparra/Harts Range area.

Police were contacted by family just after 10am yesterday (Wednesday 13 October) after Shaun Emitja, 21 and Mahesh Patrick, 14 failed to return to the remote community of Hermannsburg on Tuesday after attending the Arlparra sports weekend.

It is believed the pair left Arlparra on Monday night and were travelling in a blue dual cab utility. The vehicle was located bogged on a dirt track 9.6km from the Redgum store by community members yesterday.

An air search in the area of Arlparra/Harts Range began today as police and Emergency Services members work with local community residents to find the pair.

Police have not ruled out the possibility that the two were picked up by a passing vehicle.

“It appears the pair have been fairly self-sufficient to-date, with community members locating swags and a campfire within the area of the vehicle. However we do hold concerns as we’re unsure as to what provisions and water they have on them,” said A/Superintendent Furniss.

“Local police have advised there was significant rainfall in the area on Sunday, hence why the vehicle became bogged.”

Police urge anyone with information as to the Shaun and Mahesh’s whereabouts, to contact police immediately on 131 444 or report it anonymously via Crime Stoppers on 1800 333 000. 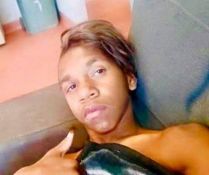 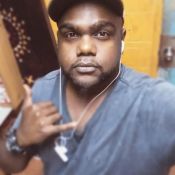