Northern Territory Police are calling for witnesses in relation to an alleged indecent assault which occurred in Alice Springs.

The incident occurred on Todd Street outside the Mini Mart around 10:50pm on Saturday 9 November 2019. Police believe a male approached the victim and engaged her in conversation prior to indecently assaulting her.

The male is described as Indigenous with short, dark hair and he appeared to be 14-16 years old. He was wearing a white singlet and black pants. Any witnesses or anyone with information on the identity of the male is asked to notify police on 131444 or Crime Stoppers on 1800 333 000. Please quote reference number 9130190. 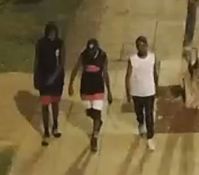