This is a joint media release between the Australian Federal Police, Australian Border Force and the Northern Territory Police Force.

A 19-year-old Darwin man will face court today (14 May 2020) after becoming the second person arrested as part of a joint investigation into a nationwide criminal network allegedly using the dark web and postal system to traffic illicit drugs.

Between 22 April 2020 and 11 May 2020, the NT JOCTF made 10 seizures of domestic parcels containing illicit drugs sent to three appropriated identities. The purchase of the drugs and their receipt in Darwin are believed to have been made online via the dark net. It will be alleged the illegal activity was paid for using digital currency in an attempt to avoid police detection.

On 12 May 2020, police arrested the 19-year-old man who allegedly arrived to collect a parcel of 230 grams of MDMA that had been seized the previous day.

Following the arrest, NT JOCTF investigators executed a search warrant at the man’s residence in Wagaman, NT, where they seized a variety of dangerous drugs and illicit pharmaceuticals, $10,700 in suspected proceeds of crime, and other items believed to contain further evidence of drug trafficking.

The man was refused bail and is scheduled to face the Darwin Local Court today (14 May 2020) on the following charges:

The maximum penalty for these offences is 25 years’ imprisonment.

This is the second arrest made by the NT JOCTF in relation to the nationwide criminal network allegedly using the postal system to traffic narcotics.

On 22 April 2020, a 23-year-old Darwin man was arrested and charged with similar offences. It is not alleged the two individuals were acting together.

AFP Superintendent Matthew Ballard said the outcome shows that authorities are continuing to shine a light on the dark web and the illegal drug trade.

“While criminal networks are looking for ways to circumnavigate COVID-19 travel restrictions, authorities will adapt as required to protect the NT community and ensure perpetrators face the full force of the law. The AFP and our partners will not allow criminal networks to target Territorians and profit from the pain these insidious drugs cause to our community.”

If you take illicit drugs and need help, please know that there is assistance available to you. Reach out to the National Alcohol and Other Drug Hotline on 1800 250 015 for free and confidential advice.

Investigations into the criminal network continue. 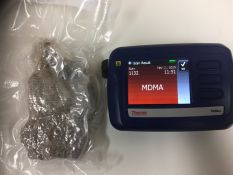 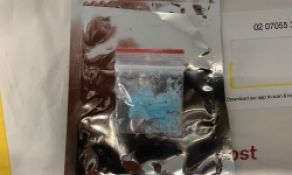