Working as part of National Task Force Morpheus, NT members from the Drugs and Organised Crime Division conducted warrants at multiple properties in the Darwin rural area. The searches turned up a variety of unlicensed weapons, ammunition and drugs. The warrants follow on from Operation Otto conducted by Gangs Task Force in June targeting Outlaw Motor Cycle Gangs in the Northern Territory.

Two men were arrested and charged with:

They were remanded to appear in Darwin Local Court today.

The National Taskforce has been working cooperatively to prevent OMCG from establishing in our communities to reduce harm and ensure community safety and wellbeing in public spaces. 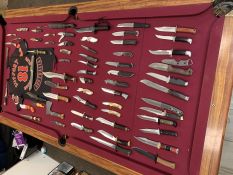 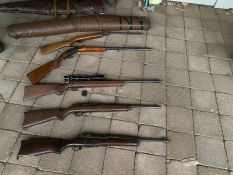