Sesquicentenary of the NT Police 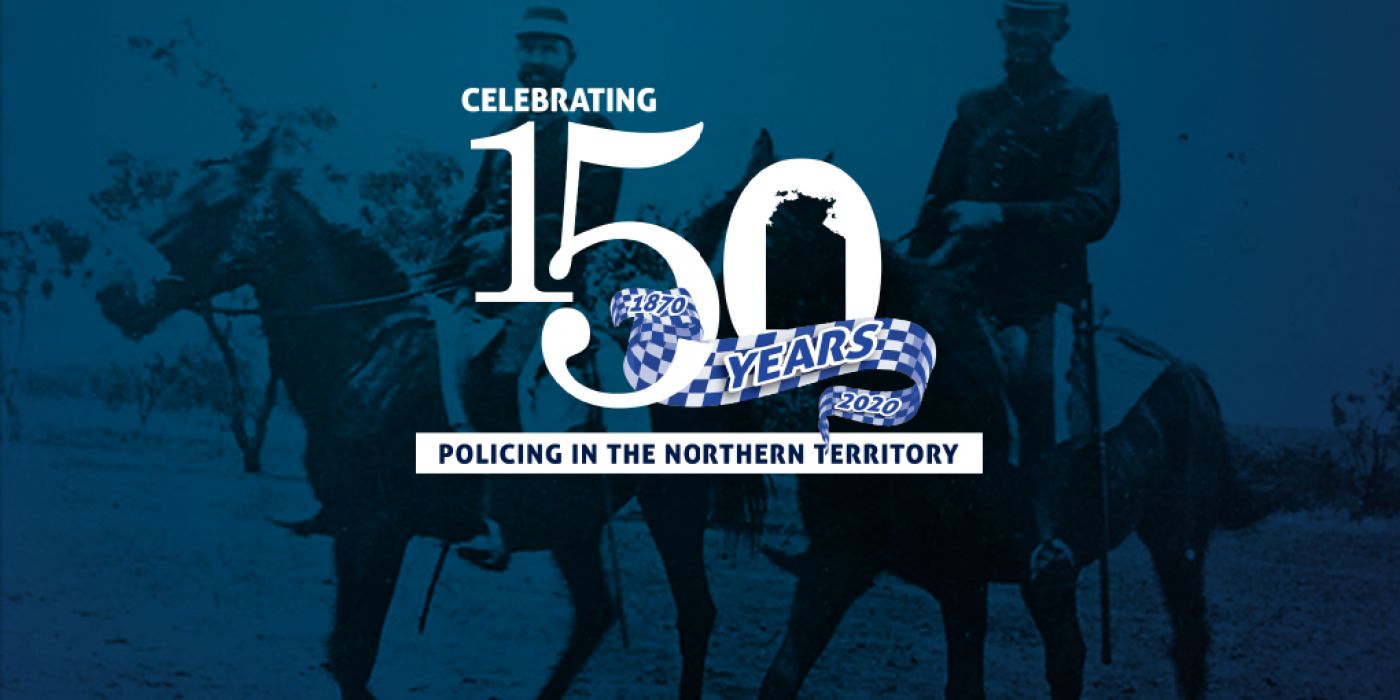 The year 2020 is a special year for the Northern Territory Police Force.

In January 1870 Sub Inspector Paul Foelsche arrived in the then town of Palmerston to begin policing in the Northern Territory on behalf of the SA Mounted Police Force.  Since then, there has been a continuing police organisational presence in the Northern Territory.  Although there have been several changes in administration, there were shared personnel from one organisation to another, giving an unbroken line of policing service to the NT.

The Commissioner of Police has asked the NT Police Museum and Historical Society to act as the coordinating organisation, in partnership with the other members of the NT Policing family, of the 150th Anniversary or Sesquicentenary.  We were happy to accept the challenge.

At this stage, planning for the celebrations in 2020 has only just begun but I ask that you commence making plans to visit the NT in the dry season of 2020 in order to join with us in making it a year to remember.

It is hard to be precise about timing at this stage, but the major celebration will take place over about a week in July 2020.  There will also be some events in other centres in the NT that may be worth attending.

We will keep you advised as planning continues.

There are no events to display.